The Mission Viejo real estate market is unlike any other! From high end luxury real estate to affordable family homes, this impeccably planned community has it all.

Mission Viejo, with its gently rolling hills and abundant views has been named one of the safest cities to live in the United States, earning recognition for being among the finest examples of a “planned community”.

Each neighborhood has been designed with convenient amenities, excellent local schools, and beautiful parks. Great shopping, a healthy corporate district, and cutting edge medical facilities add to the appeal.

Originally settled by Spanish Missionaries, there is a distinct Spanish influence to much of the architecture of the homes and buildings. Homes are available in every price range and size including starter condos, tract home communities, custom homes, and luxury lake-front mansions.

A Bit of Mission Viejo History

Mission Viejo was developed as part of the 52,000-acre Rancho Mission Viejo. The chain of title dates back to 1769, when the land was claimed for Spain by Gaspar de Portola. Seven years later, the area was settled by Spanish Missionaries and an attempt was made to found a mission- but lack of water led the friars to relocate closer to the coast to what became Mission San Juan Capistrano. The name Mission Viejo stuck however, and almost 200 years later in the 1960’s, construction began, and Mission Viejo became one of the first master planned communities in the USA. Mission Viejo has a rich history prior to becoming what it is today.

If you would like to find out more about the amazing Mission Viejo real estate market, give Sheri Isaacs Real Estate Group a call today! 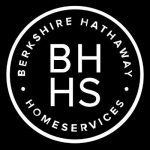